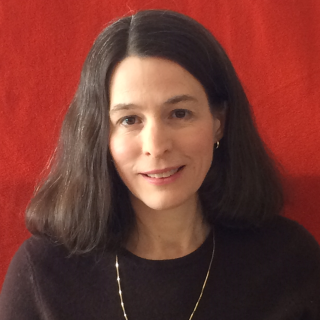 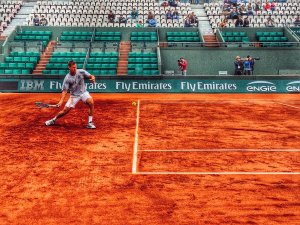 After six weeks and ten tournaments in nine countries, the men’s European clay court season arrives at its apogee and ultimate proving ground this coming week at the French Open.  Action begins tomorrow, May 22, with 16 singles matches at Roland Garros in Paris.

Roger Federer, suffering from a combination of knee and back injuries that kept him out of the Masters 1000 tournament in Madrid and led to early losses in Monte Carlo and Rome, withdrew from the French Open in advance of the tournament draw.  Federer, whose game is much better suited to grass than to clay, hopes to resume competition in time for the pre-Wimbledon grass court tournaments. 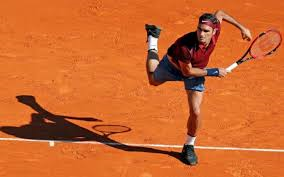 Juan Martin del Potro, on the comeback trail from a series of four wrist surgeries, decided to forgo Roland Garros and move immediately to the grass, where he hopes his booming serve will pay dividends. 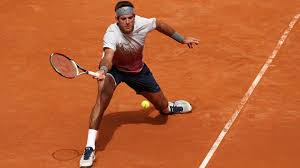 The charismatic and highly talented Frenchman Gael Monfils — ever a crowd favorite, and one of the most upbeat and good-natured players on the tour — was forced to withdraw from Roland Garros after being hospitalized this week with a viral illness. 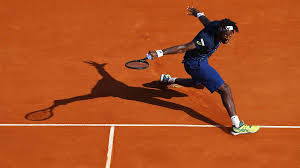 Who Has Proven Himself to be a Dangerous Contender 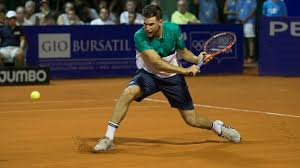 Twenty-two-year-old Austrian Dominic Thiem won the title today in Nice and reached the final in Munich, where he lost a very tight contest to German veteran Philipp Kohlschreiber.  Earlier, in Monte Carlo, he mounted a very stiff challenge to eventual champion Rafael Nadal.

Currently ranked 15 in the world and rising quickly, Thiem will surely win the French Open someday.  Five of his six titles to date, and two of his three in 2016, have come on clay.  His well-rounded game is precise, aggressive, and great fun to watch.

He will arrive in Paris brimming over with confidence from his win in Nice although perhaps somewhat tired.  He is a dangerous opponent for anyone. 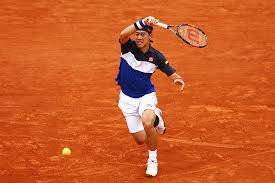 Japan’s Kei Nishikori, currently ranked #6 in the world, delivered several strong performances this year on the European clay.  He reached the final in Barcelona, where he lost a close match to Rafael Nadal.  At the Masters 1000 events in both Madrid and Rome, he played barnburner semifinal matches with World #1 Novak Djokovic, losing in two sets in Madrid and in three sets in Rome.

Over the course of his career, Nishikori has beaten every player now seeded ahead of him at Roland Garros (Djokovic, Andy Murray, Stan Wawrinka, and Nadal).  His speed, footwork, and shotmaking, and his ability to rob opponents of time by “taking the ball early,” make him formidable on clay.  Fortuitously blessed with a good draw, Nishikori could easily reach the quarterfinals, where he might encounter Andy Murray.

If he keeps his health and fitness, Nishikori could well find himself hoisting the Coupe des Mousquetaires on June 5. 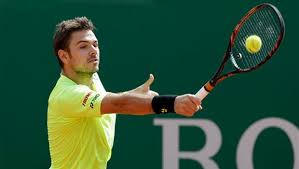 Defending French Open champion Stan Wawrinka will arrive in Paris as he did last year, having bolstered his confidence with a victory at his home tournament in Geneva.

Owner of a powerful forehand, a strong serve, and a one-handed backhand that is both lethal and sublime, Wawrinka can beat anyone on the right day.  Although inconsistent and unpredictable, “Stan the Man,” as his sponsors call him, proved last year in Paris that he is capable of winning the title.

The 2016 men’s singles competition at Roland Garros is the most open in years, with three players having emerged from the Masters 1000-level events as favorites (and perhaps even as co-favorites): Novak Djokovic, Andy Murray, and Rafael Nadal.

Nadal won the title in Monte Carlo without ever facing Djokovic. 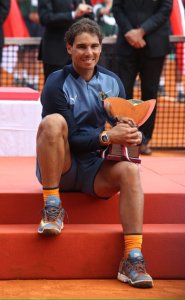 Djokovic won the title in Madrid without ever facing Nadal. 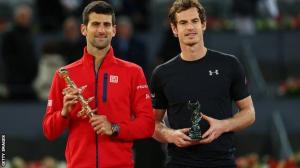 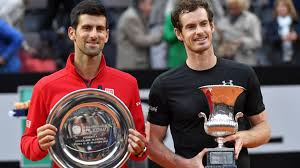 Djokovic and Nadal faced each other once, in the quarterfinals of Rome, where Djokovic won 7-5 7-6.  Nadal said afterward that he was happy with his performace, that both sets had been “on his racquet,” and that he had been, “very, very, very close” to winning.

Only Nadal of the three favorites won two titles in the lead-up to Roland Garros: in Monte Carlo and in Barcelona (a competitive 500-level tournament where neither Murray nor Djokovic was in the field).

The tournament whose conditions (i.e., altitude, clay quality, weather) are most similar to Roland Garros is Monte Carlo.  Nadal won that title, beating Murray in the semifinal.  Djokovic lost in his first match.

Madrid, featuring high altitude and hard-packed clay, is the least like Roland Garros.  Djokovic won that title, beating Murray in the final.  Murray had beaten Nadal in the semifinal.

Rome, like Paris, is at sea level.  There, Murray beat Djokovic in a hard-fought, testy, and rainy final.

Can one divine French Open outcomes from this data?

First, a few words about the tournament draw.

Nadal’s Roland Garros draw is freakishly difficult.  His first opponent, the 6’4″ cannon-serving Australian Sam Groth, demands intense concentration from his opponent and offers no rally rhythm.  The last time Nadal opened a French Open campaign against a “serve-bot” (2011, against 6’10” John Isner), Nadal got down two sets to one and needed five sets to eke out a victory.

In the third round, Nadal could face the flamboyantly talented and dangerously unpredictable Fabio Fognini, who beat Nadal three times in 2015.  The fourth round could bring a meeting with Dominic Thiem (see above).

Over his first five rounds, Djokovic faces a relative cakewalk.  None of Djokovic’s early-round opponents has any recent history of success against him.

Murray will have a tricky first match against the wily 37-year-old Czech Radek Stepanek, whose variety and unpredictability can be maddeningly difficult to face.  En route to the quarterfinals, Murray could encounter two tricky serve-bots, John Isner and the 6’11” Ivo Karlovic, though neither is likely to threaten Murray’s exemplary return game and defense.

Murray will not face either Djokovic or Nadal until the final.

What does their Rome match and other recent history say about a Djokovic/Nadal semifinal?

Djokovic owns a 26-23 career head-to-head record against Nadal and has won their last seven meetings, three of which have been on clay. Advantage, Djokovic?  Not necessarily.

From mid-2011 until mid-2012, Djokovic also won seven straight matches against Nadal.  By the end of his seventh loss (the 2012 Australian Open final), Nadal had figured out how to counter Djokovic’s new tactics.  When the two next met, at the 2012 French Open final, Nadal won.

Some commentators have suggested that Nadal’s loss to Djokovic in Rome earlier this month would put him at a mental disadvantage in Paris.  I am not so sure.

Nadal’s competitive psychology is such that he takes every opponent seriously and approaches every match with the idea that he “needs to play [his] best tennis in order to have chances to win.” (That phrase has appeared in his press conference transcripts innumerable times over the years.)

Had a few points gone differently in their match in Rome, and had Nadal prevailed over Djokovic, he likely would have thought, “OK, I won, but it was close. I still need to play my best to have chances to win.”  Djokovic, meanwhile, would have arrived at the following Nadal match full of vinegar and determination to avenge his recent loss.

Having lost in Rome, but having kept the match very close, Nadal will probably approach his next meeting with Djokovic with optimism (in addition to his usual intention to play his best).

The contest between Nadal and Djokovic in Rome proved that Nadal is ready to compete toe-to-toe with Djokovic.  Both players know that now.  This cannot be a comfortable feeling for Djokovic.

What about Andy Murray?

Murray has long been one of the sport’s greatest defenders – he can chase down and return shots all day – but aggressive play does not come naturally to him.  He has a decent first serve, but his second serve has traditionally been his most attackable weakness.  Mentally, he has not always exhibited the fortitude and consistency necessary to win against the best players.

In 2016, Murray has improved both his first serve and his second serve and implemented successful plans of attack against both of his major rivals.  During the Rome final against Djokovic, he managed to be the mentally and emotionally stronger combatant under very difficult and rainy conditions.

If Murray reaches a final against either Djokovic or Nadal, he can take some confidence from the fact that his most recent meeting with each on the clay courts this year was a win.

Murray has never in the past been considered a contender at Roland Garros, but as Stan Wawrinka demonstrated in 2015 (after losing in the first round of the 2014 French Open), history is irrelevant.

It is the best player on the day who wins.

2 thoughts on “And So It Begins: Last-minute Thoughts About the 2016 French Open”